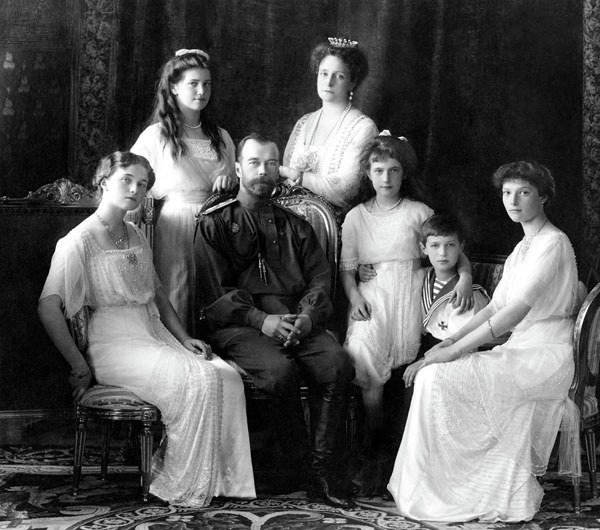 A century ago the Russian nation was in catastrophic crisis. Politically, a violent revolution had overthrown the Imperial government and a brutal civil war was raging. Economically, the nation was under great strain, nearly bankrupt because of its involvement in WWI and in an earlier war with Japan. The crisis wreaked havoc socially as thousands of people were conscribed to, or willfully joined fighting armies on both sides, and many thousands more were displaced and unemployed. Labor strikes, layoffs and factory closures were common in the cities. The rural peasant farms were continually raided for food by marauding army contingents and bands of robbers. Culture and art, too, were at a turning point. For better or worse, the nation would ultimately change in ways that no one could possibly foresee. Yet through it all, Svyataya 'Rus, the people's faith in God's Love - the very spirit of the long standing and long enduring nation of peoples - glowed in the hearts of millions of Russians.

In 1917, Tsar Nicholas II was deposed and a provisional leadership was charged with working out a new system of government for Russia, even possibly a democracy. The Tsar, along with his immediate family, was sent into exile. Loyalists were hopeful that a new system (such as forming a parliament and monarchy as in Great Britain) could restore the family dynasty, but instead, a new socioeconomic theory took hold resulting in an imposed and untried form of government: social communism. The experiment, with its ideal outlook, immediately failed as despots seized control. Their first order of business was the execution of Tsar Nicholas II, the Tsarina Alexandra, and their five children, in July 1918. Under the new regime the nation did eventually stabilize and economic progress was made, but it came at a great social cost: the repression of millions of Russian citizens, over several generations, by a single authoritarian party.

Nowhere was the repression greater felt than in the persecution of the Russian Orthodox Church. Faith in God had no place in the new communist ideal. Thus, churches throughout the country were pillaged by the communists to pay for debt incurred when seizing power, and to build up government coffers. Priceless church artifacts were sold to western buyers, and irreplaceable, centuries-old art and architecture was destroyed. Clergymen and devout laymen were routinely sent to Siberian forced labor camps to “reconsider” their devotion to God and His peoples. Many died rather than disavow their faith - these are the new martyrs of Russia, many of whom are unknown. Some made it through such ordeals only to be taken away again when it was discovered that their behavior had not been “corrected” (this happened to my grandfather.) The repressed and persecuted true Church of Russia took to hiding in private homes and otherwise secret places where Christians could worship together, baptize their young and bury their dead, in the Name of the Father, and of the Son, and of the Holy Spirit. And, like the rulers who persecuted the first Christians in the ancient days of pagan Rome, the Soviet rulers invaded these places seeking to crush the movement. But, in the end, they couldn't.

What the Soviets tried in vain to destroy was the very spirit of the Russian nation: Svyataya 'Rus, the people's faith in God's Love. An impregnable force that nothing can take down, it has been welcomed and cherished in the hearts of Russian Orthodox Christians for over a millennium. My grandfather, father, and mother managed to leave Russian soil during the turmoil of WWII. Materially, they brought nothing with them but what could be carried in a small suitcase: a change of clothes, a book, an icon... Spiritually, however, they carried Svyataya 'Rus. Its power helped them, and many displaced Russians like them, endure all the hardship they faced. Its power within the hearts of Orthodox Christians in communist Russia was never extinguished; kept alive in, I believe, even the hearts of the most staunch communists. Ultimately, Svyataya 'Rus triumphed over the tyranny of social communism and the hiding places are no longer needed.

Svyataya 'Rus translates into “Holy Russia.” But, it means much more.