Matryoshka dolls from Polkhovsky Maidan (Полховский Майдан) and the neighboring villages of Krutets and Gorodets appeal to the connoisseur of older Russian folk art. These three villages are located in the region of Nizhni Novgorod, not far from the towns of Sergiev-Posad and Semenov, all centers of folk art in their own right. Production methods are similar to dolls from Semenov and Kirov (now Viatka or Nolinsk). The Polkhovsky Maidan doll began as a primitive peasant style, using bold colors, water-soluble aniline paints and black India ink. The underlying motifs are large flowers, especially the multi-petal rosehip (dog-rose) which symbolizes the feminine principles of motherhood and love. The painting is somewhat childlike, reminiscent of children's drawings. Besides traditional bright colors of yellow and red, the artists would toss in green, blue, purple, orange and crimson in contrasting combinations. Faces are framed by black curls, hair which is tucked under a kokoshnik and ribbons. The Polkhovsky Maidan dolls of today have evolved considerably from their folk art roots. Some vintage examples are below.

Krutets (Крутец) is a small village in the Vladimir region not for from Polkhovsky Maidan. Their crafts people made toys and painted nesting dolls in their own singular style. Krutets crafts people began painting in the 1920's-1930's. Production flourished from the 1960's until the 1990's. There is a lot of controversy about the characteristics and differences of the two villages and there are no clear definitions even among art historians. Nevertheless, it is worth talking about Krutets nesting dolls as an independent form of folk art, which came about spontaneously. Krutets nesting dolls differ in shape (more elongated) and painting from Polkhov and rely on experimentation, variability of ornamentation, pattern fragmentation and dynamic brushstrokes. It can be difficult to tell the two villages apart as they have much in common. Both make bright and colorful dolls, some are muted with darker colors, some painted using only two or three colors. They can have hands or be without hands, or big-eyed with fluffy thick eyelashes or eyes in the form of a comma, with lips in a bow and in the form of a tick, with one braid, two braids, or no braids, with curls or with a part. The clothing is decorated with large or small flowers, dots, daisies and fantastic flowers. Again, telling them apart is difficult even for experts and many times a doll is represented as Krutets/Polkhov Maidan. 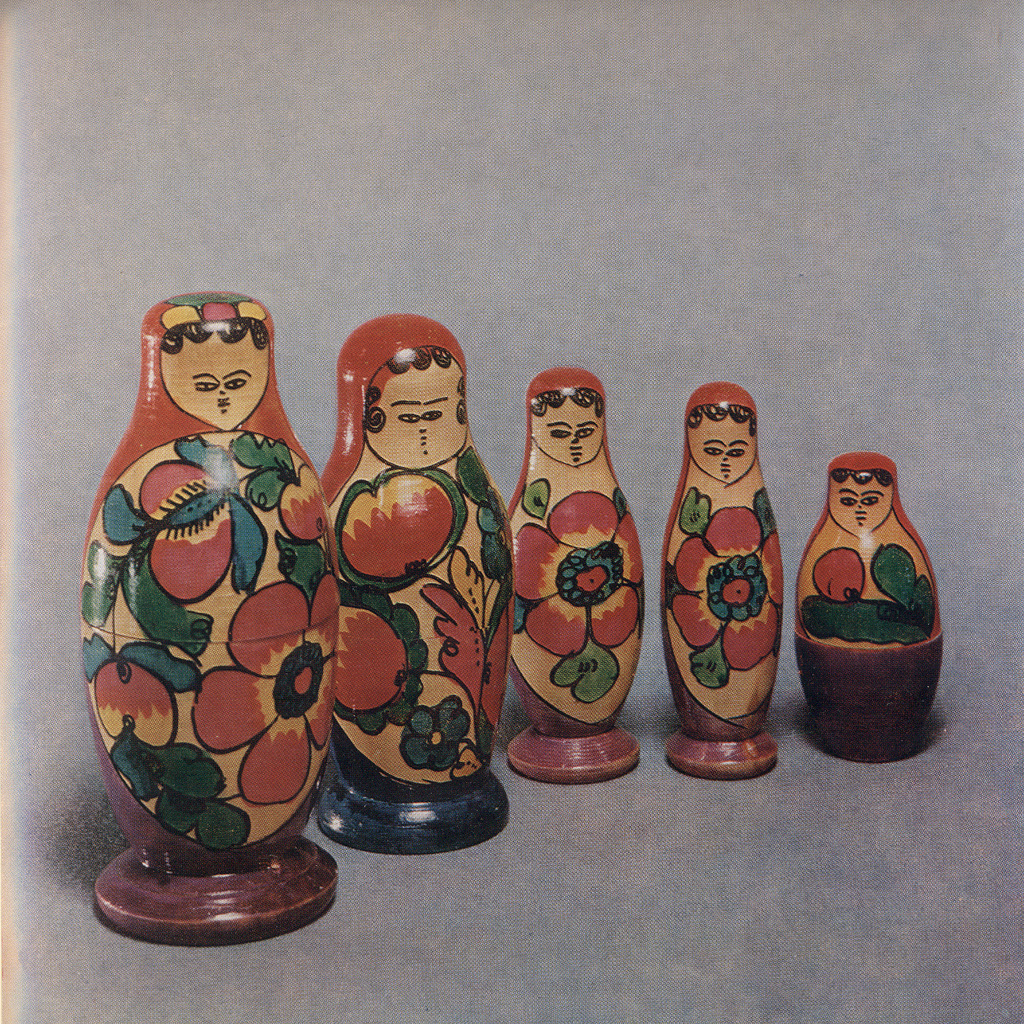 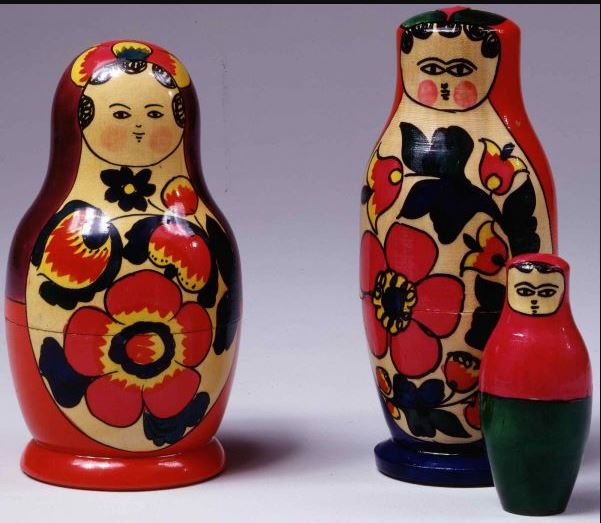 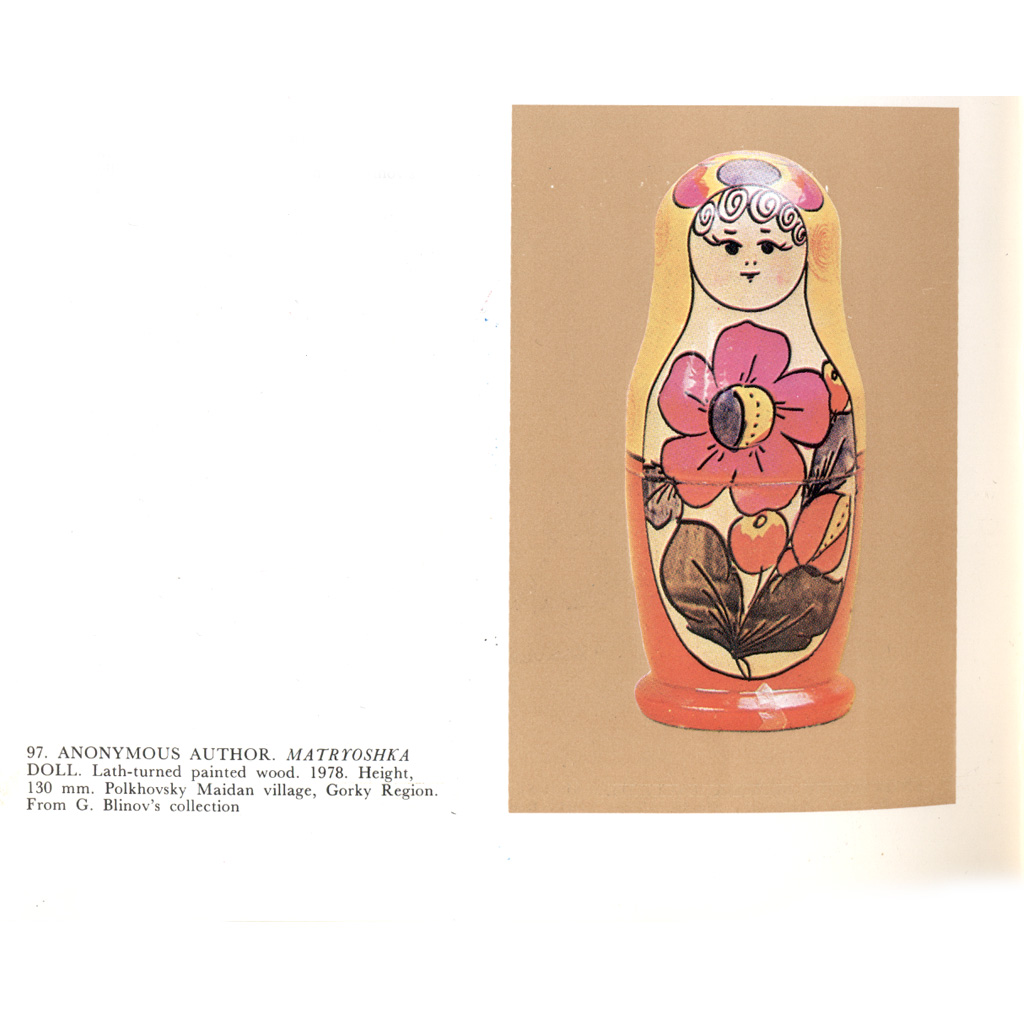