"Our idea for the Impoverished Russian Aristocrat Room Abroad is to revive, support, and provide materials for designing such a space in your home." Visit the IRAA

The tragic events of 1917-18 forced many Russians to flee their homeland and live abroad. Paris, Berlin, Prague, and Vilnius, were popular destinations in which to set up and decorate their new home-away-from-home. In the style of the period they covered the walls of their modest abodes with images that were historically, culturally, and personally important to them. Photographs and inexpensive prints found in old bookstores were mounted in simple frames purchased in antique shops. Small, color reproductions of favorite Russian paintings, such as, The Boyar’s Wedding by Konstantin Makovsky, Reply of the Zaporozhian Cossacks, by Ilya Repin, and, Morning in a Pine Forest, by Ivan Shishkin, were top on the list. Among the pictures, typically a single wooden shelf held a dozen or so books: a volume of poems by the beloved Alexander Pushkin, Anton Chekhov’s delightful short stories, a great novel by Tolstoy or Dostoyevsky, and such. 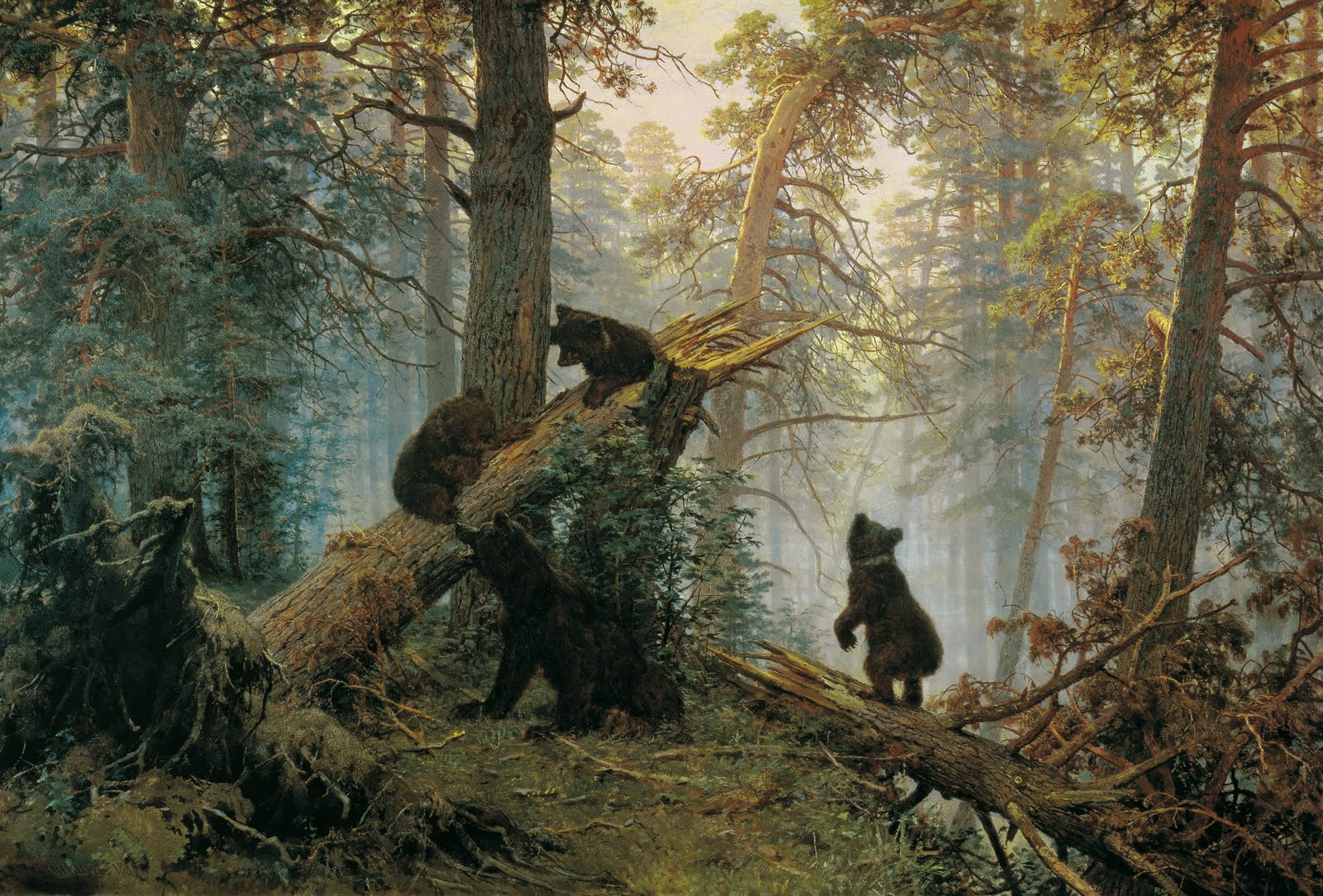 "Entering the room should take you to another place and time."

But the images depicting what was near and dear to them were not strictly for the walls alone. An assortment of old frames with photographic portraits of family and friends, and royal personage such as Tsar Nicholas II, his wife, Alexandra Feodorovna, and the crown prince Alexei, found their places on small tables, bookshelves, sconce shelves, and the mantelpiece, along with myriad brass, bronze and porcelain figures of dogs, horses, bears, mythical mermaids, and unicorns. All around was a feast for the eyes. Brass candle sticks of all shapes and sizes lit the room, even when they weren’t burning.

There was always a small desk (or a large desk, if space and budget allowed) with a pen, inkwell, and blotter, and correspondence galore in the form of letters and postcards. Maybe a pair of tin toy soldiers would be standing guard, a miniature cannon of brass or cast iron at hand, just in case. Brass, by the way, was the material of choice. One could easily find beautiful, creative, affordable brass decor pieces, large and small. Whether it was polished to shine like gold, or whether a silken, smooth patina had settled on it, it always blended well with the natural wood, leather and fabrics of the room (see IRAA Rule #1). For hospitality, a glass or clay fruit bowl with seasonal offerings held a prominent place (just no bananas – they aren’t on the Old Russian menu). Of course a samovar, complete with tray and bowl would lend an undeniably Russian character to the room. Thus samovars of varied quality and sizes were always sought after.

Our idea for the Impoverished Russian Aristocrat Room Abroad is to revive, support, and provide materials for designing such a space in your home. Currently popular and suggested forms for IRAA rooms include: guest room, writer’s den, hunter’s lodge, man cave, student’s room, studio… But, you can start small by simply using a desktop, mantelpiece, or a shelf, and let it grow naturally from there. Your suggestions as to what may be in such a room would be greatly appreciated. Email us: Shopping@TheRussianShop.com. 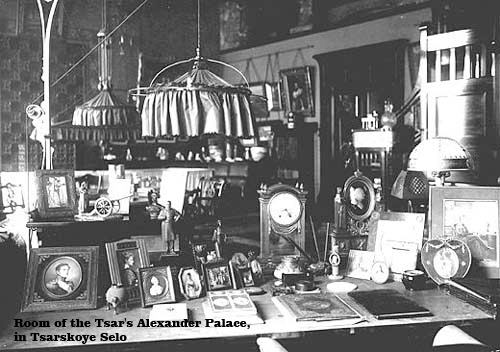 In decorating an apartment the impoverished Russian aristocrat abroad sought to recreate the rich surroundings left behind in a manner such as in this room of the Tsar's Alexander Palace, in Tsarskoye Selo near St. Petersburg. As time and budget would allow, reproductions and imperfect originals, along with suitable odds and ends, such as boxes and candlesticks, were collected and enjoyed - but usually in a room much, much smaller than Tsar Nicholas' study room (pictured above).

IRAA Rule #2: No electronics, or make them well concealed