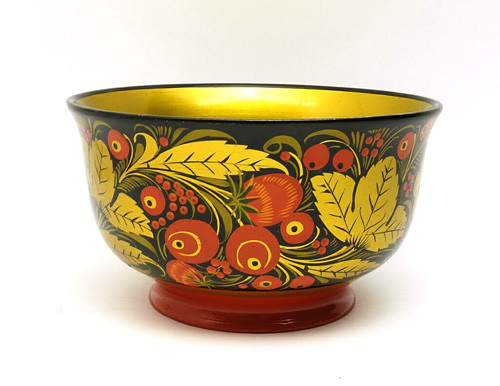 Khokhloma ware is also known as "treen", a generic name for small and hand-made functional household items made of wood. The secrets of production were passed from yesteryear's grandfathers and grandmothers to yesterday's fathers and mothers to today's sons and daughters. Khokhloma (pronounced Hoh-low-ma) acquired its name from an ancient village deep in the forests of the Volga region. For over 300 years, skilled artisans would gather once a year during Easter, at trade fairs held in Nizhni-Novgorod, to sell.

Antique Khokhloma in better than good condition is not commonly found. During the 19th century, wooden spoons and bowls for porridge and soup were in everyday use. Khokhloma painting became neglected in the early 20th century, but revived in the 1920's and early 1930's, as master craftsmen formed artels, a cooperative association, and workshops. In the 1960's, the Khokhlomskoi Khudozhnik Factory in Khokhloma and the Khokhlomskaia Rospis’ Production Association (Хохломская роспись) in the city of Semenov were founded, and became established centers of commercial Khokhloma manufacture for the then burgeoning tourist markets. At that time, diplomatic relations had stabilized (Cuba notwithstanding) and the Soviet government sought "hard" (as opposed to their own "soft") currency and encouraged production. Thus, pieces made before the 1960's preceded this dawn of mass production.

The Soviet Union was officially founded in 1922. We have not been able to learn why some items are marked "Made in the Soviet Union" vs "Made in the USSR". Goods marked in English were intended for export to countries where English was spoken. In our experience, it seems as if MITSU is an earlier designation than MITUSSR. Of course, "Made in Russia" on old items indicate pre-1922 production as the export of Khokhloma products had begun in earnest at the beginning of the 20th century. 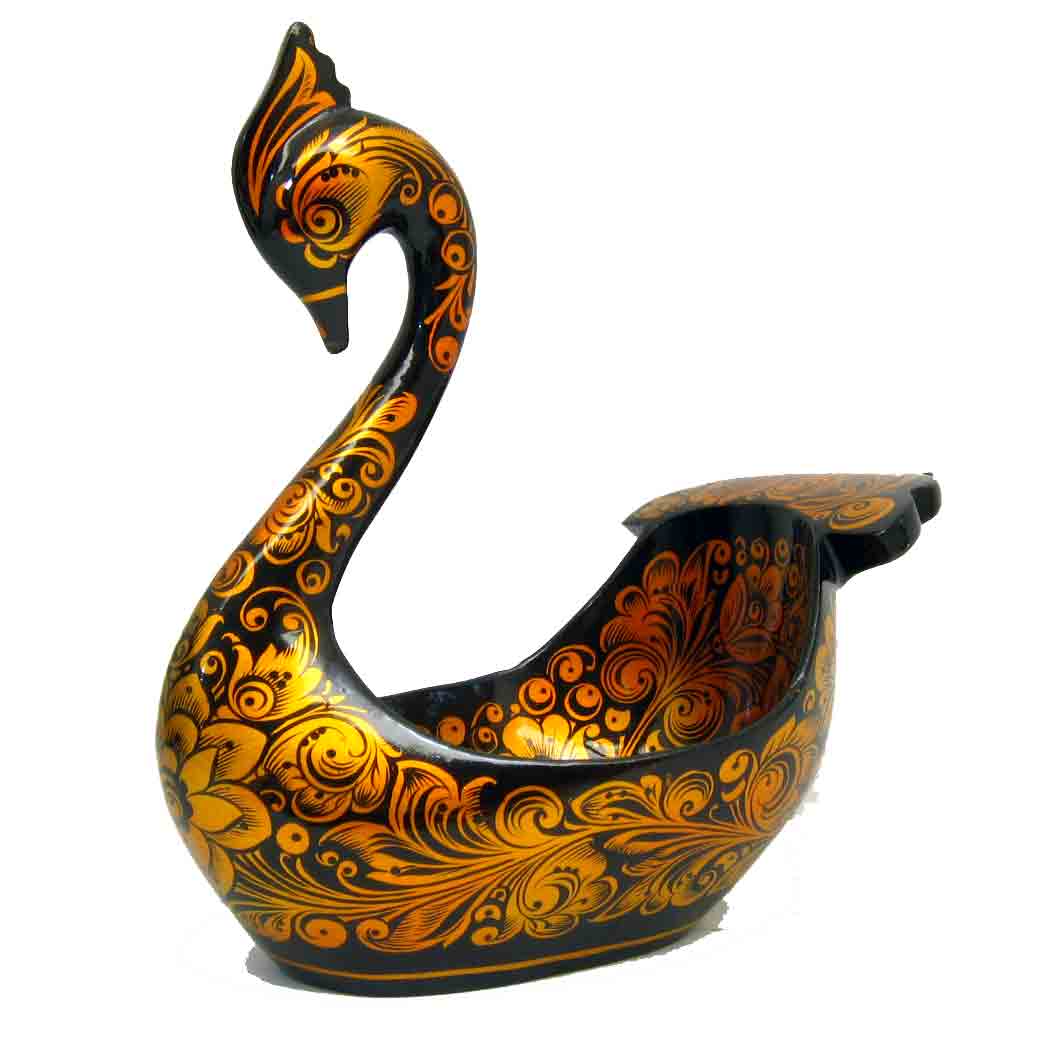